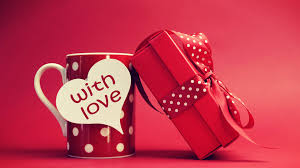 1.The Gays/Lesbians:These types of people do not need elaborate explaination to convince everyone that they have lil or no interest in valentine’s day. this act is an ungodly act that needs quick divine intervention, this act cause sodom and gomora to be destroyed.

2.The Real Born Again Christians:These sets of people in which I belong to don’t regard or recognise anything such like this.It’s highly unacceptable in the ‘christiandom’.The bible says ‘don’t be an equally yoke with the unbeliever’,hence,christians don’t engage themselves in valentine’s celebration.

3.Those In The Battle Field: [/b]Our patriotic and beloved Nigeria soldiers in Maiduguri and other parts of the North-East will definately not be having a one-out time with their loved ones this season.

4.[b]The Singles:I know many will be on this lane.Many broke up before the celebration in the aim of dodging his responsibility during this season whilest some don’t have a date.Majority of these people are the guys ‘cos the ladies are always engage and it’s their norm.

5.The Handicaps:By handicaps,I don’t mean the handicap the bettors give to a club whilest staking his game oh,lol.Such people in this group may include,the dumb,the blind,the deft,the lame etc.These sets of people would likely go to their plantation tomorrow being saturday or even stay indoor to watch GoTv,hence,they don’t bother about valentine’s day.

6.The Minor Or Under-aged:When I was a lil boy,I used to see people put on reds cloths,caps on val’s day but I didn’t know why they were puting on such on that day not until I was matured enough to know the reason behind it.So,a minor is less concerned about val’s day,all he cares for is to get his parents’ attention,play around and get his stomach filled to the brim.

8.The Village ‘papos’ And ‘Mamos‘:These are the old people in the village usually the Grandpa and grandma.They can hardly move out ‘cos they are too old and those who can,don’t even remember anything like val’s day let alone celebrating it.

9.The Experienced:These categories are the ones who try to advise their younger ones/sibblings to steer-clear from guys this period ‘cos they’ve seen the bad side of val’s day.These ladies are in their late 30’s trying to caution their sibblings who aren’t adult at the moment.They are experienced and as such not so bothered about the season as the youths do.

10.The Ugly ones:]These sets of people have been forcing themselves on the opposite se.x long before the val’s day but as soon as the day approaches,they all alone.These categories of people are commonly ladies who don’t have any swag,who put on un-attracting skirts that are long to their toes,they have no features on their body to attract a guy,the least goes on and on.As such,they relax in their single apartment all day.