The Way Is Hard, But He is Strong 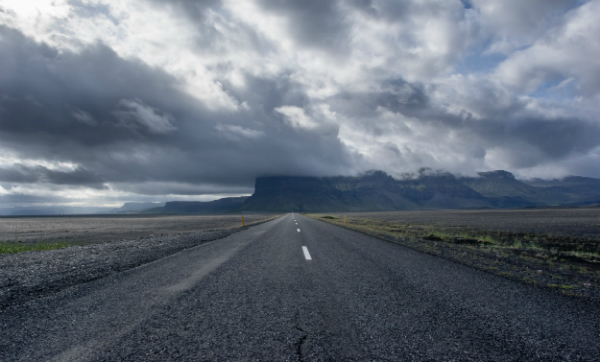 In our early days we thought we knew what “hard” meant. Hard would be rigorous, demanding, exhausting. Jesus said the way would be hard and with James and John we replied (if not in words, then in unspoken presumption), “We are able” (Matthew 20:22).

But like James and John, we didn’t really understand what we were getting into. Like green recruits we thought we understood what war was like. War is hard. War is hell. Especially when you war with hell.

But we didn’t really understand hell’s warfare until we really began to engage it. Then hell began to break loose and we discovered that the chaos of war is far different experienced than studied.

Hell’s one primary objective is to destroy faith in God. All of its elaborate strategies and all of its diabolical energies are focused on one thing: breaking the power of the word of the Lord by undermining our trust in it. The universe was created and is upheld by the Word of God (John 1:3, Hebrews 1:3), so hell must break the power of the Word of the God, if it wants to win.

Therefore, we find ourselves fighting an enemy that constantly seeks to alter our perception of reality. This is why this fight is such a surreal and sometimes horrific experience.

Hell wages a war of disorientation. Through temptation, condemnation, intimidation discouragement, disappointment, doubt, illness, weakness, weariness, and appeals to our pride and shame, the spiritual powers of evil seek to keep us off-balance, confused, and turned around. For if we lose our focus on the truth we lose our confidence and may lose our faith.

Hell wages a war of suspicion. One of the most painful things in this spiritual war is hell’s infiltration into our relationships. It seeks to corrupt the currency of trust in which they trade. Marriages break, families fracture, friendships rupture, churches split, movements derail as sin infects and seeds of suspicion are sowed and fertilized. And in the fray we easily lose track of who the enemy is and end up fighting against flesh and blood.

That Word Above All Earthly Powers

Jesus was right: the way is hard — far harder than we expected.

And the Word is impenetrably strong.

All the brutal forces of hell, with all the distortion it can conjure, disorientation it can cause, and suspicion it can sow, simply cannot break the Word of God. Martin Luther was right about the devil: “one little word shall fell him.” Oh, but that Word turns out not to be so little. For that Word is God himself (John 1:1).

That Word stands above all earthly powers and smashes against the gates of hell.

The way may be hard for us. But the Way will be hell for hell.

Be sober-minded; be watchful. Your adversary the devil prowls around like a roaring lion, seeking someone to devour. Resist him, firm in your faith, knowing that the same kinds of suffering are being experienced by your brotherhood throughout the world. And after you have suffered a little while, the God of all grace, who has called you to his eternal glory in Christ, will himself restore, confirm, strengthen, and establish you. (1 Peter 5:8-10)