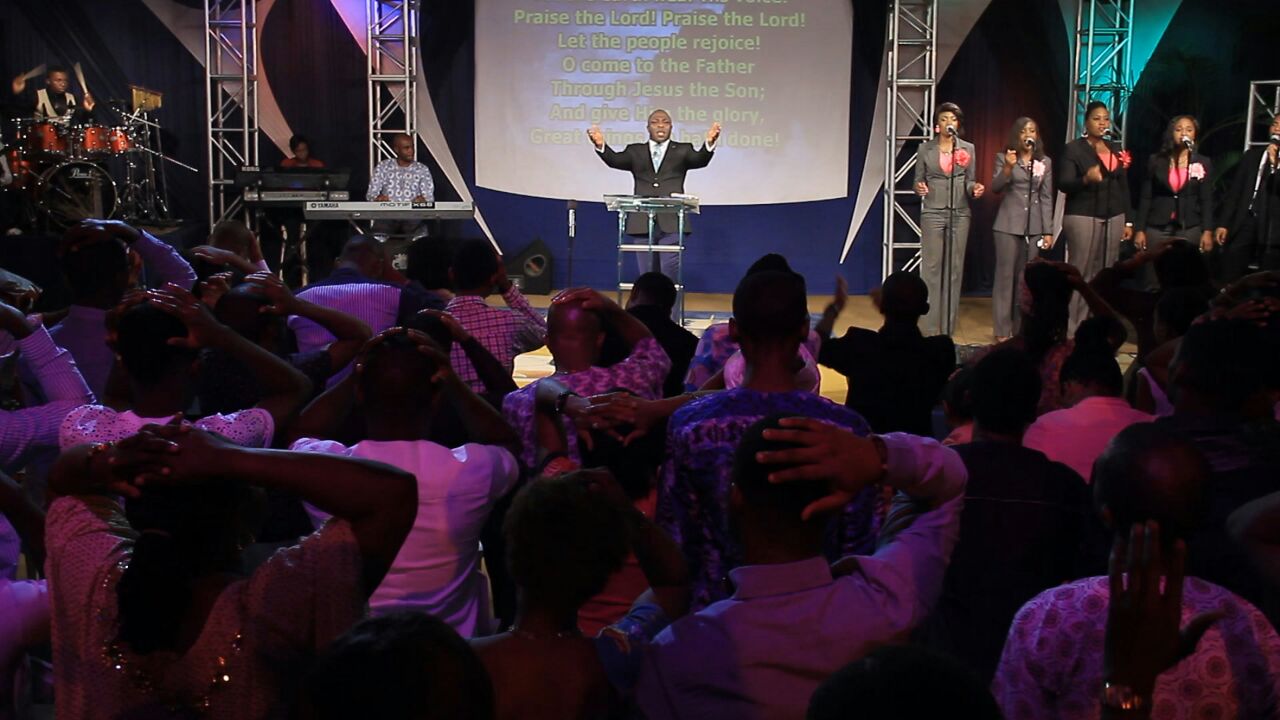 The Power of Anointed Worship Music
By Dr. David K. Blomgren
Breaks Spiritual Bondages
1 Samuel 16:23. This passage records Saul as being in
spiritual bondage to an evil spirit. David played an
anointed song on his harp, and the evil spirit departed
from Saul. Anointed music caused the power of the
enemy to be broken and his spiritual bondage to be
loosed. The same power of God accompanies anointed
christian singers today whose spiritual songs can bring
deliverance from the devil. This power can also be
released through “songs without words” – not only
ministry in song but deliverance ministered on musical
instruments without words. It is the “anointing” which
breaks the yoke (Isa.10:27).
Brings Spiritual Victories
Hosea 2:14-18. The prophet Hosea prophesies that in
times of restoration God’s people will again spiritually
face the Valley of Achor (Heb., “trouble”) as did the
Israelites (Joshua, ch.7). There Achan had sinned
grievously which had caused the defeat of God’s people
at Ai. The prophecy here is that God’s people in New
Testament times would “…sing there, as in the days of
her youth” (Hosea 2:15). The days of Israel’s infancy
when she sang, refers to the time when Moses and
Miriam led the people in spontaneous, new songs unto
God besides the Red Sea (Exodus, ch.15).
The promise is made that God’s people will sing new
songs of victory unto the Lord in times of trouble as
they confront the enemy and will not suffer defeat as
did the Israelites. The Lord will “…break the bow and the
sword and the battle out of the earth, and will make
them to lie down safely”. (Hosea 2:18). God has
purposed victory and peace as we sing songs of victory.
Brings Us Closer to the Lord
Song of Solomon 2:12-14. This passage, speaking
prophetically of the end time where the coming of the
Bridegroom is anticipated, describes it as a “time of the
singing” (2:12). The cry of god’s heart is given, “let me
hear thy voice, for sweet is thy voice” (2:14). As we
sing spiritual songs unto the Lord, our voice is sweet to
Him.
Verse 14 then mentions the “secret of the stairs” of
spiritual ascent to God. We discover the secret of
spiritual ascent as we sing spiritual songs amidst God’s
people.
Uplifts the Defeated Spirit
Psalms 25:1, “Unto thee, O Lord, do I lift up my soul”.
When David was downcast, he began to sing songs of
praise unto the Lord. Even when David did not feel like
singing, he had disciplined his spirit to sing praise unto
the Lord. The result was that his soul was spiritually
uplifted when he had sung unto the Lord.
Isaiah 61:3. Isaiah here speaks of our exchanging a
“spirit of heaviness” for a “garment of praise”. The
Hebrew word for “heaviness” means literally “failing”.
There are times when a believer has a “spirit of failing”
and accepts defeat. This person must clothe himself
with the Song of Praise as a garment. In the Orient the
apparel expressed the mood of the mind. As one fills his
mind the mouth with Songs of Praise, the spirit of
failing will be stripped off him as a worn-out garment.
In Isaiah 42:3 the spirit of failing and defeat is
described under the image of candle wick burning in
dimness, ready to be extinguished, “…the smoking flax
shall he not quench”. The Hebrew word for “smoking
flax” is the same Hebrew word as the spirit of “failing”
in Isaiah 61:3. The promise is that the spirit of failing
and defeat whose flame seems about to be extinguished
will not be allowed by God to be quenched if we clothe
ourselves with Songs of Praise.
Brings the Presence and Glory of God Upon a
Congregation
11 Chronicles 5:13-14. As the musicians and singers
praised the Lord in song, the Temple was filled with the
cloud of God’s glory. The priests could not even minister
because of the profound presence and glory of God. This
was God’s response to the ministry of music in His
house. God’s presence is always associated with the
praises of His people (Psalms 22:3).
Testifies to Others of the Greatness of God
Psalms 92:1-3. As the believer sings spiritual songs, the
goodness and faithfulness of the Lord is shewn forth to
others (vs.2). The testifying in song to God’s greatness
is exhorted in this passage to be done every morning
and every night.
Quickens the Prophetic Word
11 Kings 3:11-16. King Jehoshaphat desired a prophetic
word to give him direction. He inquired for a prophet
(vs.11), and Elisha was brought forward. Elisha sought
for a minstrel to be played, that the hand of the Lord
came upon him” (vs. 15). The anointed music quickened
the prophetic word to Elisha, and then he prophesied
the Word of the Lord. Even a prophet such as Elisha
had to have music to quicken the prophetic word.
1 Samuel 10:5-6, 10. A company of prophets are seen
as coming down a road, preceded by those who played
psalterys, tabrets, pipes, and harps. The result was that
by the preceding of anointed music, not only did the
prophets prophesy, but the spirit of prophecy came upon
Saul, and he also prophesied. It was the presence of
music that quickened the prophetic word to Saul and
the prophets.
The annointing of God’s Spirit abides within His people
(1 John 2:27). One need not wait for the anointing to
“hit” him in the service to sing spiritual songs. One
releases the anointing by faith.
One of the great blessings of this day is the restoration
of spiritual songs to the House of the Lord. Let us with
joy sing the Song of Praise unto Him and the Song of
the Lord unto His people. As we do so, the Lord will be
exalted and His people edified.

Posted from WordPress for Android