THE WISE & THE FOOLISH
Memorise: But he giveth more grace. Wherefore he saith, God resisteth the proud,

but giveth grace unto the humble. James 4:6

Read: Isaiah 14:12-15, 12 How art thou fallen from heaven, O Lucifer, son of the morning! how art thou cut down to the ground, which didst weaken the nations! 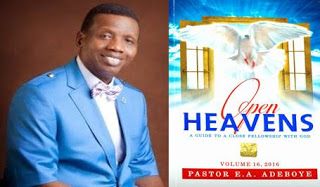 Bible in one year: 1st Samuel 21:23, Proverbs 7:10-27
According to Proverbs 16:18, destruction is the major ‘dividend’ of pride. It is interesting to note that pride was the root cause of the first rebellion both in heaven and on earth. It started with Lucifer, the son of the morning who later became the devil (Isaiah 14:12-15). He was a beautiful Archangel until pride brought him down.
When the devil discovered the easy way of falling into destruction (pride), he started using it to bring people down to his fallen state. This he successfully did with the first man and the first woman. The devil deceived them, telling them that when they ate the forbidden fruit, they would be as wise as God and they believed him.
“And when the woman saw that the tree was good for food, and that it was pleasant to the eyes, and a tree to be desired to make one wise, she took of the fruit thereof, and did eat, and gave also unto her husband with herm and he did eat.”
Genesis 3:6
Unfortunately, because of their quest for wisdom that will equate them with their Maker, they fell, and the glory of the Lord which covered them departed leaving them naked and empty. Pride disgraces its owner beyond measure. The story of Pharaoh is a case study. It was pride that drowned his hosts in the Red Sea. One would expect that after the ten terrible plaques that God used to warn him, he would humble himself before the Most High. Rather, he maintained what he initially said: “Who is the Lord that I should obey his voice to let Israel go?” (Exodus 5:2). Before he knew it, it was too late for him to repent. To escape the spirit of pride, you need to be genuinely born again so that the Spirit of Jesus many dwell in you. If you are deadly a child of God, you need to be sanctified and allow the mind of Jesus Christ dwell in you richly:
“Let this mind be in you, which was also in Christ: Who bring in the form of God, thought it not robbery to be equal with God: But made himself of no reputation, and took upon him the form of a servant…”
Philippians 2:5-7
My prayer for someone using this devotional is that pride will not destroy you, your destiny and your loved ones in Jesus’ name.
Action Point
Don’t pray for God to humble you; this is dangerous. Rather, pray that the gentle Holy Spirit should help you to voluntarily humble yourself before the Lord, so that He can exalt you.