Read: Colossians 2:14-15; 14 Blotting out the handwriting of ordinances that was against us, which was contrary to us, and took it out of the way, nailing it to his cross;
15 And having spoiled principalities and powers, he made a shew of them openly, triumphing over them in it.
Bible in one year: Psalm 27-31, Philemon 1 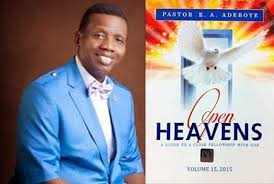 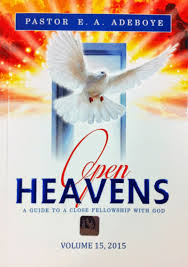 MESSAGE!
The prophecy that worked against Esau as firstborn was already in place before his birth (Genesis 25:23). If you ever find yourself in a situation where there has been a negative declaration concerning you, rise up and fight! Do not leave your destiny to fate like some people would do. God can change any negative decree pronounced on your life and destiny. This is why Isaiah 54:17 says:
“No weapon that is formed against thee shall prosper; and every tongue that shall rise against thee in judgement thou shalt condemn. This is the heritage of the servants of the LORD, and their righteousness is of me, saith the LORD.”
You can condemn every tongue that rises against you in judgement. Has anyone used his or her tongue to place a curse or limitation on you, or has anyone pass some negative judgement on you? Don’t just stand there! Condemn it, cancel it, reverse it and return it back to its sender! From today, no spoken judgement against your life and destiny shall stand! Every evil word spoken into your life or destiny shall be disappointed!
Your stance against contrary prophecies should not be limited to spoken words alone. Jesus has fully paid for the reversal, nullification or cancellation of every negative written judgement or pronouncement concerning you. Hence, Colossians 2:14 says,
“Blotting out the handwriting of ordinances that was against us which was contrary to us and took it out of the way, nailing it to his cross.”
Any writing done by man that is contrary to your destiny shall be cancelled in Jesus’ Name! Don’t just accept written verdicts that contradict God’s will and word! When you go for a medical test and the written result says you have a particular ailment, thank the hospital for their assistance, but take that result before God. Protest that result, cancel it and plead the Blood of Jesus against it. Stand on the healing that the Lord has already provided for you. What you accept shall become yours. What you steadfastly reject will move away from you. That sack letter shall become your confirmation letter; that letter of demotion shall become your letter of promotion, if only you can steadfastly hold on to God to effect the change. Have you been failing your examinations? Work harder on your studies, and reject the negative results in prayer. The Lord will turn your failure into success. Claim the good success that God promised you in His word, and it will be yours. From today, every evil writing against you shall work in your favour!
Prayer Point
Father, reverse every evil spoken or written declaration working against my life right now, in Jesus’ Name.