IDENTIFYING WITH JESUS?
Memorise: That I may know him, and the power of his resurrection, and the

fellowship of his sufferings, being made conformable unto his death. Philippians 3:10

Read: John 19:38-42; 38 And after this Joseph of Arimathaea, being a disciple of Jesus, but secretly for fear of the Jews, besought Pilate that he might take away the body of Jesus: and Pilate gave him leave. He came therefore, and took the body of Jesus.
39 And there came also Nicodemus, which at the first came to Jesus by night, and brought a mixture of myrrh and aloes, about an hundred pound weight.
40 Then took they the body of Jesus, and wound it in linen clothes with the spices, as the manner of the Jews is to bury.
41 Now in the place where he was crucified there was a garden; and in the garden a new sepulchre, wherein was never man yet laid.
42 There laid they Jesus therefore because of the Jews’ preparation day; for the sepulchre was nigh at hand. 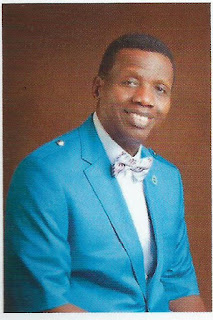 Bible in one year; 1st Kings 1:1-2:12, Proverbs 4:32-15:10
MESSAGE
From the beginning of the New Testament Church, identifying with Jesus takes dogged determination. Jesus Himself said it in Mark 8:34;
“And when he had called the people unto him with his disciples also, he said unto them, whosoever will come after me, let him deny himself, and take up his cross, and follow me.”
In the above passage, Jesus Christ demands total commitment from His followers. Whoever will not totally put himself under the Lordship of Christ does not belong to him. John 8:31-32 says:
“Then said Jesus to those Jews which believed on him, if ye continued in my word, then are ye my disciples indeed: And ye shall know the truth and the truth shall make you free.”
Identifying with Jesus is identifying with the Word from above. In the Bible reading for today, we read about two secret disciples, Joseph of Arimathaea and Nicodemus who came forward to claim the body of Jesus for burial. This is noteworthy, because it must have taken very important personalities to go to the governor to demand the body of a ‘condemned criminal’. On the other hand, it must have taken someone who did not only love the so-called criminal but also believed in his innocence, to go through the trouble of asking for Christ’s body and burying it.
Identifying with Jesus has to do with believing and living by His ideals. Many so-called born-again Christians have become so nominal that the Word of God is of no effect to their lives any more. Some pastors have tuned the Christian faith to a mere vocation. One wonders whether they mean to go to the same heaven that apostles like Paul worked hard for. Our Lord Jesus Christ said to his disciples:
“If the world hate you, ye know that it hated me before it hated you. If ye were of the world, the world would love his own; but because ye are not of the world but I have chosen you out of the world, therefore the world hateth you.”
John 15:18-19
Therefore beloved, let us take the yoke of Jesus Christ upon ourselves with all seriousness and steadfastness. We will all make it to heaven in Jesus’ name.
Action Point
Decide to follow Jesus all the way in spite of the hospitality of the World around you.