Nathaniel Bassey was born in Lagos, Nigeria. He is from Ikot Ofon Ikono, Uyo local government area in Akwa-Ibom state, South-South Nigeria.
His father, Mr E Joshua Bassey, was a minister in The Apostolic Church Bashua Assembly and from an early age he developed a love for both music and the gospel.
He was inspired when He saw Dr Panam Percy Paul, a prominent Nigerian gospel music icon in concert over twenty years ago and since then,.His passion for music has grown and translated.into various musical experiences.In his early years, he developed a rather uncommon interest for jazz music and began listening, imitating and playing to the music of.Louis Armstrong, Miles Davies, Clifford Brown, Charlie Parker, Stan Getz and Kirk Whalum, Phil Driscoll, Hugh Masakela and other Jazz luminaries. His zeal for the Jazz form would later stir him to seek out bands and groups along the Jazz lines. He then joined a top jazz quartet in Lagos, Spectrum 4, where he played alongside his childhood friends. 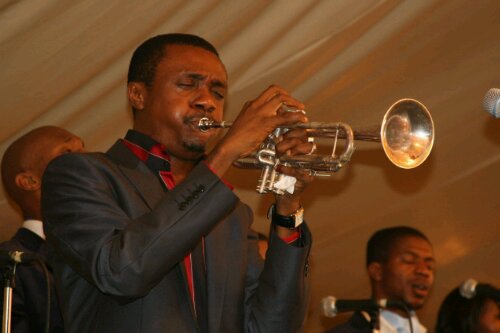 About that time Nat, as he is fondly called, was approached by one of the most respectable figures in the Nigerian jazz and music circle, Elder Steve Rhodes to lead, arguably, the first
Jazz Orchestra in the country – THE STEVE RHODES OCHESTRA. He served as band leader and lead trumpet player for a period of two years and later moved on with his music career.
His peculiar and particularly soulful trumpet playing style caught the ears of top Artistes and composers within and outside the country.
Teemac, Ayo Bankole Jr, Cobhams Asuquo, Wole Oni, Yinka Davies, Adlan Cruise, Funsho Ogundipe, Peter King, Sotiris Papadopoulus, Paul Petersen, The French Cultural centre,American International School, are but a few individuals and organisations that have sought his musical ingenuity. 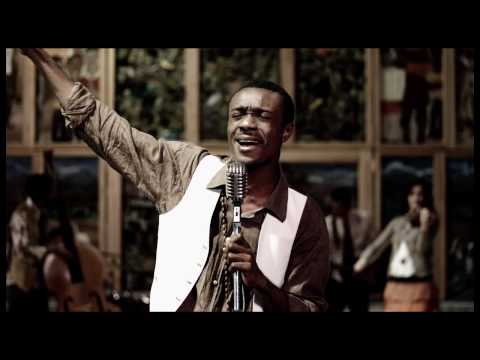 As time passed, Nathaniel began sensing a deep yearning within. There was more to his music than he thought. He later took time off his numerous mainstream commitments to seek the Lord under the Mentorship and guidance of Late Pastor Eskor Mfon, the former Pastor of The Redeemed Christian Church Of God, City Of David Parish. This decision attracted fierce criticisms from friends, Artistes and colleagues who thought it unthinkable abandoning what was becoming a thriving mainstream music career to serve exclusively at a local church.
As he developed an intimate fellowship with the Holy Spirit, He then realised that music was more than an item to fill a space in time but was a fundamental tool in the praise and worship of the Lord. Soon after, a music ministry was born and for Nathaniel, the main thrust was WORSHIP – Music of heaven – one that ministered exclusively to the Lord and an avenue through which HE related with His people. His trumpet playing coupled with a calm.singing style has since ushered many in concerts,crusades and churches into the presence of the LORD. 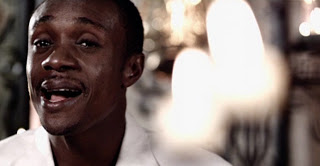 Nathaniel, a graduate of Politics and International Relations at the University of London, also serves as the director of music at the RCCG; The King’s Court. He has attended music courses in and out of the country including the Middlesex University Summer School UK, where he studied popular music and music business. He writes, sings and produces his own music and records with diverse groups of musicians.

Nathaniel’s debut album Elohim was recorded and mixed in Cape Town, South Africa in the year 2008. It has been described as a spiritual and Artistic masterpiece with the hit track “Someone’s knocking at the door” a soft-rock tune currently generating so much interest locally and internationally.